Together, We Are Building Giants 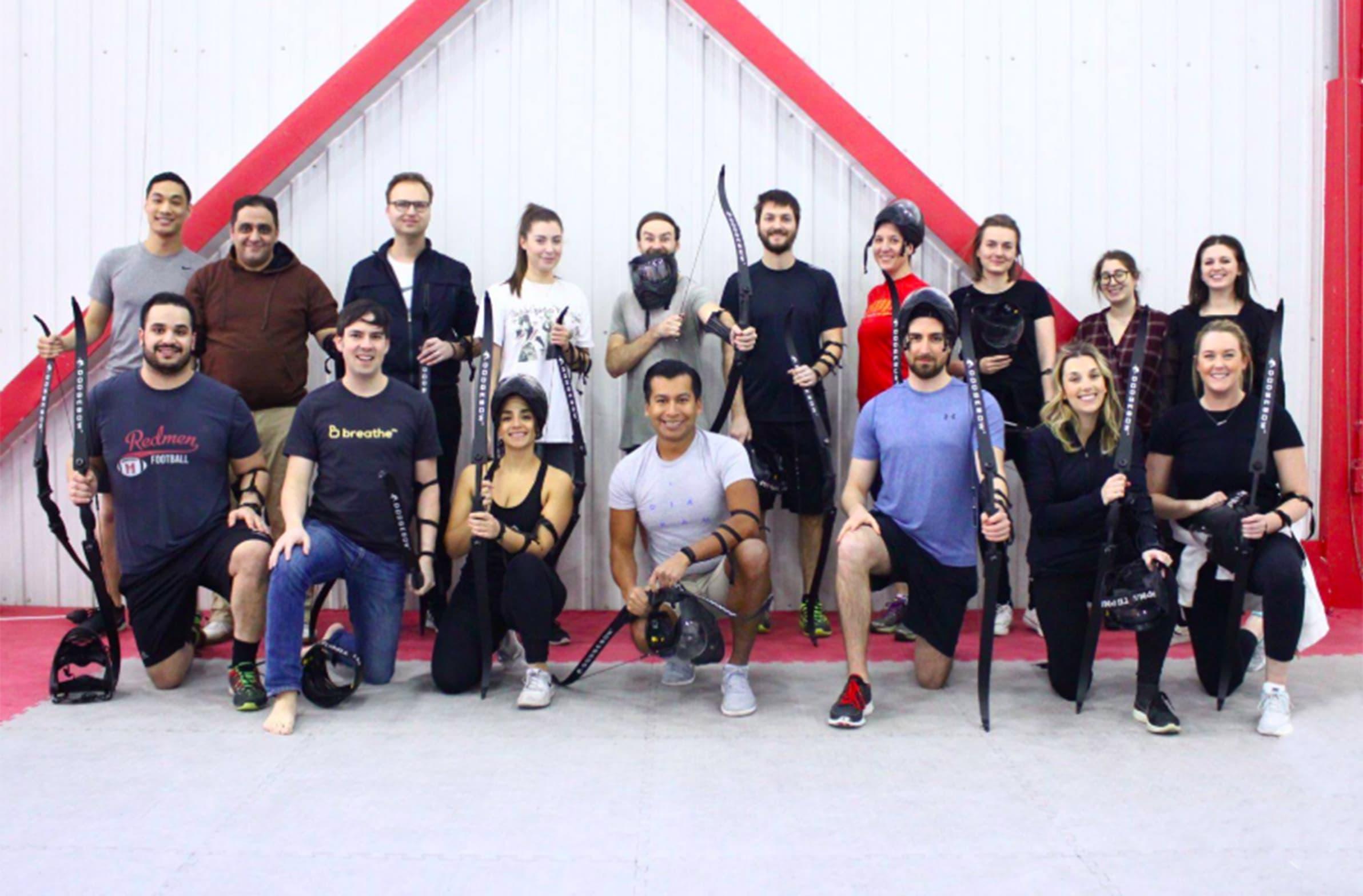 When people ask why I launched Diagram, there are two types of answers I typically give.
There’s the short and straight to the point answer about how I wanted to build the future of Canada and then there’s the longer more personal answer, which speaks to my passion for launching companies that positively impact individuals and communities.

I started building businesses when I was a teenager. At 13, I learned to assemble computers and started building custom personal computers that I sold at a lower price point than the big box retailers were selling their branded ones. Then during my undergraduate studies at McGill, I ran two businesses in the home services space. It was while I was attending Stanford’s Graduate School of Business in the heart of Silicon Valley that I experienced firsthand the transformative impact of technology across industries. I was fortunate to get this unique exposure and knew I had a responsibility to bring this knowledge back to Canada and use it to contribute to the creation of our own technology ecosystem. Entrepreneurship runs through my veins, right alongside my deep love of this country and my desire to increase Canada’s relevance in a world that is becoming increasingly transformed by technology.

The story of Diagram started in 2015 after I had left McKinsey to launch a FinTech startup. Paul Desmarais III, who back then had recently joined family-controlled Power Corporation, encouraged me to think even bigger. This was when we began to imagine Diagram’s Venture-Builder model.

Our vision was to work together with entrepreneurs to launch and scale FinTech businesses while reducing as many of the risks that are typically associated with launching a startup. We knew that innovating in financial services was harder than in other industries, but that the impact of doing so would be much greater. It is harder for many reasons including the fact that it generally takes greater domain experience, larger sums of capital, a deeper level of trust from your consumers and partners and an intimate understanding of the complex regulatory environment.

The model we wanted to create would address these challenges by merging the best of two worlds. On the one hand, we would get access to capital, networks, expertise and the competitive advantages of large incumbents and, on the other hand, we would have the ability to start from scratch with modern technologies, attract top talent and have free rein to disrupt. All of which entrepreneurs need to succeed.

Above all, our philosophy was to co-create companies together with serial entrepreneurs and to give them and their teams the vast majority of the equity in each company. We believed that this unique combination would set us apart, allowing us to attract strong co-founders and that by working together with them, we could aspire to build billion-dollar businesses with a global reach. Paul was ready to join me on this ambitious mission and we launched Diagram.

This is how Diagram’s Venture-Builder model works:

This unique and novel win-win model seeks to provide better risk-adjusted returns for entrepreneurs and investors alike.
Back to early 2016 – Power Financial Corporation provided the initial Seed capital for our first fund through its FinTech-focused venture fund – Portag3 Ventures. In addition to Portag3, a group of 50 highly successful angels invested in the fund, for a total capital commitment of $30-million. We were only 3 individuals with a big dream, working from a co-working space, and trying to attract top talent. Those early-believers, Karel and Marie, are still with us today. We then recruited Guillaume Marion, who worked in financial services at HSBC and as CFO at a Rocket Internet FinTech startup, to come back from Europe to join us in our mission in Canada.

Then, in the summer of 2017, Dan Robichaud, who sold PasswordBox to Intel in 2014, and exited 3 other businesses prior to that, joined Diagram as Managing Partner. As we began to build out our innovation team, Amelie Foz-Couture, who was previously a Product Manager at SSENSE and Principal at BCG Digital Ventures joined us as our VP Innovation. We’re now a team of 15 people and are continuing to grow so we can better support our companies.

Diagram has also been able to attract outstanding entrepreneurs. Cherif Habib, Anna Chif, and Alexis Smirnov joined us, and we began building out Dialogue, our first portfolio company, which today is the leading telemedicine company in Canada, and an add-on to group benefit plans offered by employers.

Over the last 3 years, Diagram co-founded and invested in 5 portfolio companies. After Dialogue, there was Collage, Breathe Life, Nesto, and dfuse. Today, these five companies have created over $175 million in enterprise value and more than 250 full-time jobs.

In January 2019, we had a line of sight to launching the last ventures that would be part of our first fund, and it was natural to seek to raise additional capital to continue to scale Diagram’s Venture Builder model. With the support of our anchor investor, Portag3 Ventures, we have rapidly gained a strong level of investor interest both in Canada and internationally, leading us to exceed our initial fundraising target of $50-million in less than six months.

Among the Limited Partners in our $55-million second fund, which includes more than 75 angels and family offices, are: Ambassador Bruce Heyman, the former United States Ambassador to Canada and a former Partner at Goldman Sachs; Angela Strange, a General Partner of Andreessen Horowitz; Andrew Chisholm, the former Head of the Financial Institutions Group at Goldman Sachs; Charles Goldman, the President and CEO of AssetMark and the former President of Institutional Platforms at Fidelity Investments; Mark Britto, the Executive Vice President Global Sales and Credit at PayPal; Nicole Junkermann, the Founder of NJF Holdings; Anatol von Hahn, the former Group Head of Canadian Banking of Scotiabank, and Henri de Castries, the former CEO of AXA Global.

With this new capital and bold objectives for Diagram, we looked at adding a new Partner to deepen the support that we provide to entrepreneurs. Who better to work side-by-side with our Founders than someone who has spent over 25 years founding, scaling and exiting his own businesses?

Today, we are excited to announce that Hamnett Hill, one of our original investors, joined us as a Partner at Diagram. Hamnett has launched and scaled several businesses over the last two decades, navigating adeptly through the dot-com bubble as well as the 2008 financial crisis leading to very successful exit outcomes for both Zero-Knowledge and Radialpoint. Most recently he played an integral role in leading Smooch to its acquisition by Zendesk. Diagram’s entrepreneur-centric model is one that resonates greatly with Hamnett and he is a strong believer that the best way to help entrepreneurs succeed is to work side-by-side on the ground with them. We are looking forward to working with Hamnett on the next wave of transformative companies that will come out of Diagram!

The future is bright for Diagram. We are in the process of growing our team and launching more companies. Stay tuned as we will be publishing regularly on our ideation process, what we’ve learned, what excites us about the trends and the industries we touch and above all, we will be showcasing the remarkable co-founders that we get the privilege of knowing and working with.

Are you an experienced entrepreneur looking for your next adventure? Reach out and let’s build the future together!