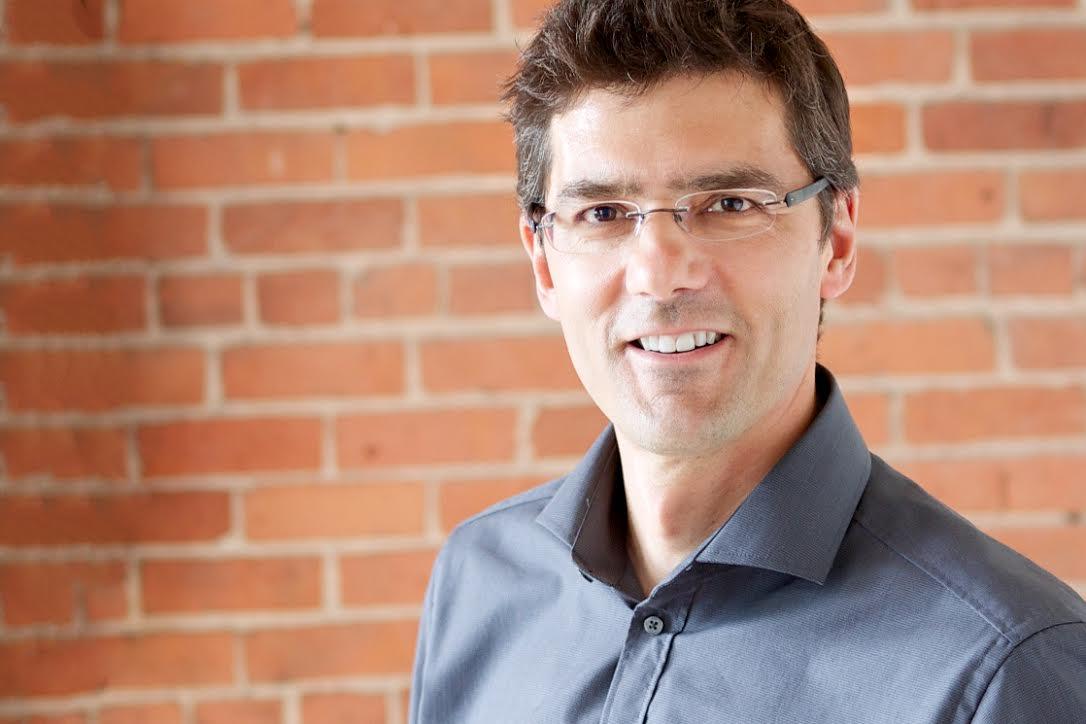 In our Seasoned Founder Series, on a monthly basis, we will feature an impressive Canadian founder to better understand what it means to launch, scale and exit a business. The objective of this series is to fundamentally comprehend the realities of entrepreneurship in Canada from a founder’s perspective.

Entrepreneurship can often be glorified, but it is undoubtedly difficult. Yet with the challenges that come with being an entrepreneur come several rewarding aspects that make this journey worthwhile. Through learning from those who have experience in the field, we allow the future generation of entrepreneurs the opportunity to gain the tools to better prepare themselves for their own entrepreneurial journeys. As a Venture Builder who is in the trenches with entrepreneurs every day, we have come to have a profound understanding of the realities of building a tech company. Our vast network of entrepreneurs was built on the principle that entrepreneurship takes perseverance.

In our first edition we interviewed Yves Poiré, Co-Founder of AdGear, to find out more about his experience of having his startups acquired. Our curiosity lies in the fact that Yves went through not one but two acquisitions in his lifetime. With this interest in mind, we sought words of advice for other founders and future entrepreneurs alike.

To better understand Yves, it is important to know two characteristics that distinguishes him from other founders in the tech realm.

He personally prides himself on being the same person no matter the circumstance.

Whether he is traveling with his family, having dinner with friends or engaging in a discussion in the boardroom, Yves remains his authentic self. He shares “I’m Yves at work, I’m Yves when I’m volunteering and I’m Yves at home, you always get the same me, the real me.” Furthermore, Yves’ possesses a deep yearning to help others and this value is reflected in his family life. His family has spent a lifetime volunteering abroad. Currently, Yves serves as Chairman of the Board for La Fondation pour les enfants de l’Équateur (FEÉ). He spent three months volunteering at FEÉ, a foundation that he discovered after the acquisition of his first company. Yves’ success is not only measured by his great accomplishments, but by the strong characteristics that define him as an individual.

Prior to the founding and acquisition of AdGear, Yves Co-Founded Proximi-T, an e-business service company, which was sold to Cosette in 2003. Yves detailed that the acquisition process is not easy, ” it’s the hardest thing I’ve ever done.” To put it into context, AdGear was co-founded by Yves in 2010, along with Vlad Stesin and Bosko Milekic. In 2016 the company was acquired by Samsung, while Yves can’t give us the exact number, it was a nine-figure sale. As of today, AdGear remains an independent entity with over 80 team members and growing to 150 by the end of the year.

When asked to describe why the acquisition process was so difficult, Yves referred to the three-fold challenge. He says it begins with the stress associated with making sure the process runs smoothly. This means owning the responsibility of ensuring that the process does not fall apart and that all parties leave happy. Then there is the emotional difficulties associated with selling a company you built from the ground up. Finally, there’s the post-acquisition process.

When looking at his first difficulty, Yves said, “selling your business is a hugely time-consuming and stressful process. I had to juggle the expectations and interests of the acquirer, the vendor, and all other stakeholders. More often than not, all three parties involved are not aligned and their visions can significantly differ. In addition, various stakeholders have their own separate set of goals for the acquisition “This is so difficult because one unhappy entity can cause the entire sale to fall through, it’s all about people management. He went further to share that “when you’ve been working for months and months towards the sale, and your future and all your employee’s futures depend on it, it can break you if it fails.” In much simpler terms, if the sale of your company falls through it becomes difficult to run it smoothly again. A failed acquisition typically initiates various problems. A company can no longer “continue operating financially without a buyer and are forced to shut down. Even if the company is able to continue operating without a buyer, the failed acquisition will likely become public knowledge and you might begin to see a lack of trust from employees with turnover rates getting higher and higher. There also becomes a lack of trust from clients who may start dropping off.”

All of these repercussions can lead a company to have to shut its doors. Within these circumstances, Startup owners feel great pressure from the impending success of their sales.

According to Yves, the negotiating aspect is not even the hardest part. The true difficulties come with the emotions that arise with founding your own company: “you build a dream, you share that dream with your employees, you sell a dream to your clients, and then eventually you have to say the dream is going to be different and some of you might be disappointed by that.” Yves, like most entrepreneurs of his kind, cared deeply about his company, his team, the clients, and the product they were able to develop. During the process he struggled, as he worried that he would let members of his team down. Yves came to terms with the dream changing and allowed himself to continue to have healthy relationships with his employees. He was able to do just this by being transparent and letting his employees know that he fought for them throughout the sale. As a founder, you don’t always win. When Samsung acquired AdGear, they had to close the Toronto office. Everything would be centralized in Montreal and there was no longer a need for a Toronto-based team. Letting employees go “is extremely hard, you never want to have to do that as a Founder, but sometimes not everyone fits in the new dream and sacrifices need to be made. Let me tell you, that was a really difficult one to make.” It takes a strong founder to guide a company through such a process.

After making it through the sale process, it is time to turn the attention to smoothly merging the companies. Yves shares that this is no easy task, “as a leader, you need to be able to integrate your team and product into the new company and that is no easy task.” There are many moving parts and different personalities to manage when integrating your company into that of the buyers. Because of the major pivots, product changes, and restructuring implemented by the new owners employees tend to move on quite rapidly. It is important to find balance in maintaining a strong leadership for your team and for the new owners.

Yves stayed committed to overseeing the mergers after both acquisitions, while still managing to stay true to his own entrepreneurial goals.

Where most founders would have left, Yves stayed with his company for a significant time post acquisition. After Proximi-T was acquired by Cossette, Yves spent 6 years with the agency. By staying for this extended period, Yves ensured that the transition was seamless and that the business continued to be successful even under its new ownership. Now 3 years into the partnership, Yves repeated the same process with Samsung. Presently, the team is growing rapidly and remains based in Montreal.

Although the acquisition processes were overwhelmingly stressful and difficult at times, Yves remained honest, transparent and committed to the mission of the companies he founded. He made sure to mediate every conversation and to never shy away from having the hard conversations. With his management team, he developed a “no bullshit” mantra. This mantra allowed him to speak his mind in an open and honest manner. While sharing feedback like this may seem too upfront, he found the words that made his employees feel respected. This mentality emphasizes Yves belief that “people are way more important than the business and they need to know that.”

While Yves emphasizes that the process can be extremely taxing even on the strongest of individuals, it is not all bad. He believes that founders need to understand that

“dreams usually take longer to realize than you expect, but when they do, they tend to be bigger and more rewarding than you could have ever imagined.”

Through both acquisitions, Yves crafted financially and operationally rewarding deals for all stakeholders. Under their new ownership, Yves has had the privilege to watch both of his companies thrive. Witnessing this flourishment gives Yves a satisfying feeling “it shows that what you built really matters and has created an impact, that feeling is like nothing else.”

Stay tuned next month as we look at the realities of entrepreneurship with another impressive Canadian Founder.