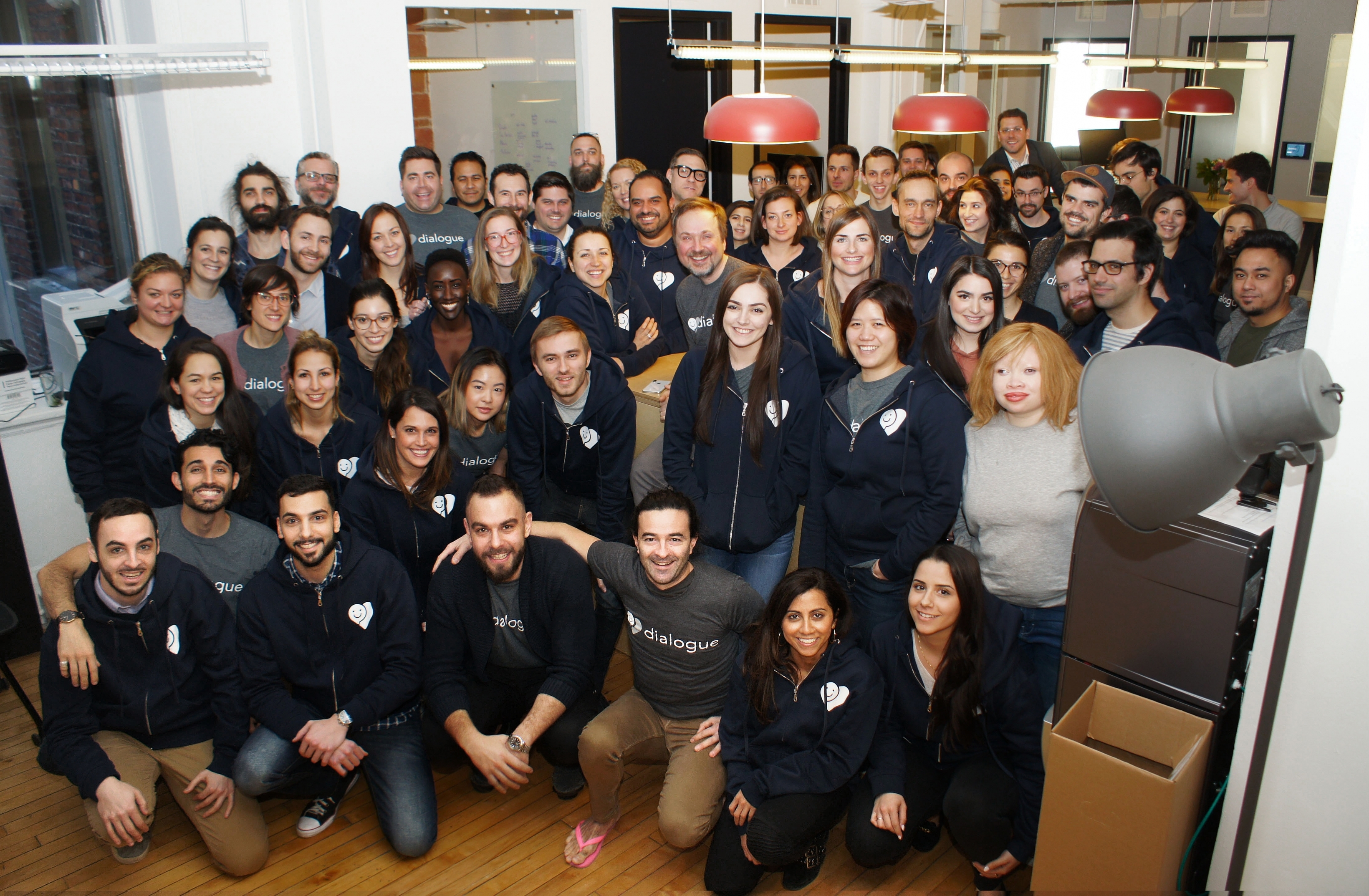 Welcome to our latest series in which we will tell you more about Diagram’s portfolio companies. We will offer you a glimpse into why Diagram co-founded these companies, what excites us about their mission, how Founders are running and scaling them and what their future looks like. We hope that these success stories will inspire you to join us in building the future of financial services, insurance, and healthcare.

We will begin this series with a profile on Dialogue, the very first company that we co-founded within Diagram in mid-2016. Dialogue is a pioneering, full stack, virtual medical clinic that is removing the barriers to accessing high-quality health care. This is a B2B company whose service offering is targeted at employers seeking to provide a comprehensive new tool that augments their existing employee medical coverage packages.

In less than 3 years, Dialogue went from an idea on a napkin to being the leading telehealth company in Canada with more than 250 employees and serving over 200,000 members across all provinces. Dialogue announced this week a $40-million Series B co-led by Canada’s second largest pension fund, CDPQ, and by one of the premier VC funds in Europe, Holtzbrinck Ventures. This brings the total funding that Dialogue received since 2016 to $60-million and it exemplifies what we seek to do through Diagram’s Venture Builder model.

We sat down with Cherif Habib, the Co-Founder & CEO of Dialogue to gain his insights into how he and his team have built the largest clinic in Canada with over 200,000 episodes of care logged in the last 24 months and more than 750 consultations per day.

Co-founding alongside Cherif were Anna Chif, COO, and Alexis Smirnov, CTO. This well-rounded team has formed the backbone of the business with their extensive experience founding successful startups and deep passion for Dialogue’s mission of removing barriers to quality healthcare. When they got together in 2016, they shared a strong belief that technology needed to play a bigger part in enabling access to a broad range of healthcare services to a wider audience. As entrepreneurs tend to do, they honed in on a gap in the market and focused on providing add-on benefits to employers and their employees, leading to the launch of a beta version of the platform at the end of 2016.

Their first official customers were on-boarded soon after in January of 2017 and we leveraged Diagram’s network to make introductions to some of Dialogue’s early customers. This was an important step and a vote of confidence for our platform. Later on, when real users, both the customer and the health care professionals, were interacting with the platform, the team could truly analyze feedback and work it into future iterations of the product. Dialogue’s relentless focus on delivering outstanding client experience, both for the employers and their employees using the service, is what led to their astonishing success to date.

Today, Dialogue serves over 400 employers from across Canada and are helping over 750 patients a day. They do this while keeping an NPS score above 70, which is truly outstanding. Beyond those numbers are stories of thousands of people that were impacted directly by Dialogue’s service. Whether it’s parents worrying for their little one and debating whether or not to do yet another trip to the clinic, or employees feeling stress and anxiety at work and needing advice before it gets worse, or it’s people saved with a timely intervention of Dialogue’s medical team. This is exactly what Cherif, Anna, and Alexis set out to achieve when they embarked on their journey 3 years ago!

While Dialogue is definitely an added perk for any team, it also is hugely beneficial to the company implementing it. If you could reduce the wait time your employees are subjected to at a walk-in clinic or avoid being shuffled down the line at the ER, the direct effect would be increased overall productivity throughout the year. Most importantly, given the high-pressure environment of today’s workplace, it is reassuring to know that your employees can get advice at their fingertips when they feel most vulnerable.

We asked Cherif how Diagram has influenced the business growth and ability to scale sustainably from the beginning and his answer was simple. Unlike typical VC funds Diagram follows a much more concentrated philosophy by funding far fewer companies so they can be heavily involved in the launching and scaling processes. Dialogue was the first strategic investment made by Diagram which meant they felt the full force of the acceleration team and our extensive backers network. These people were able to help hire key employees, support with the financials and marketing and open all of the right doors in order to accelerate the sales traction of the company in its early days. In addition, the backing by Diagram helped establish Dialogue as a credible and serious player in the industry.

So what’s next for Dialogue now that they have raised their Series B? They will be shifting gears towards an international platform roll out with an office destined for Germany as a phase 1. Concurrently to this geographic expansion, they will be adding some further functionality to the suite of health tools already on offer with a new mental health module. The provision of first-class virtual primary care remains the core mandate and one the company is working to deliver, one empty waiting room at a time.